As you travel to Allahabad, most people come by train, bus, or car. Some come by other means, or even walk. The train and bus stations were extremely crowded. Entering Allahabad was not the biggest problem, it was trying to leave. Getting busses and trains out of town, especially without prior reservations, was not easy. Even with reservations trains were often late. Fortunately, I did not have that problem.

Some of the trains and buses or cars travel across the bridges that go right over the Kumbha Mela grounds, allowing us a great view of what is in store for us. Here we see the temporary city of tents, which spreads out as far as the eye can see. On the bridge we also see some of the pilgrims that come by foot. 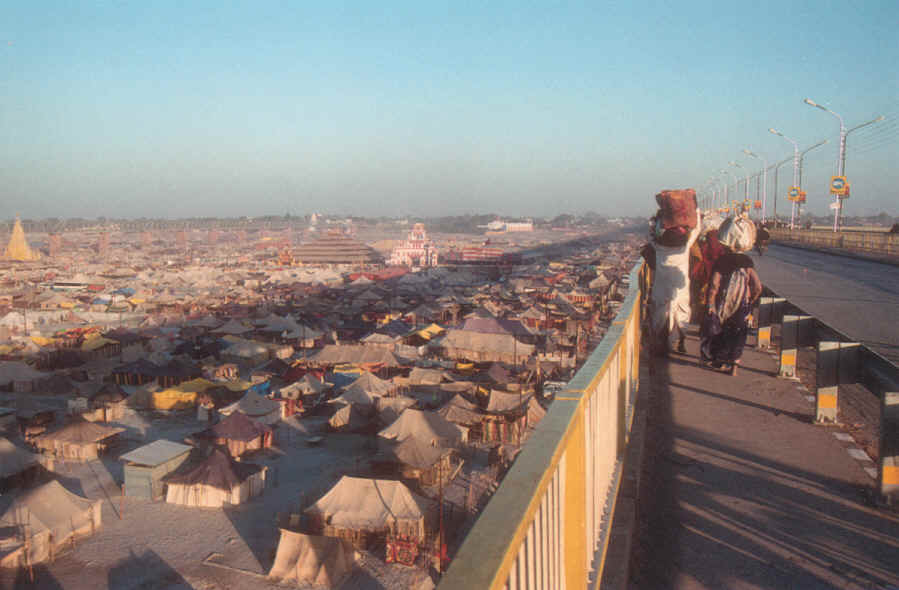 Overlooking Shankaracharya Marg, one of the main streets of the Mela, it is wide, but it still gets filled with people, especially on the main bathing days when it is packed with pilgrims and sadhus. 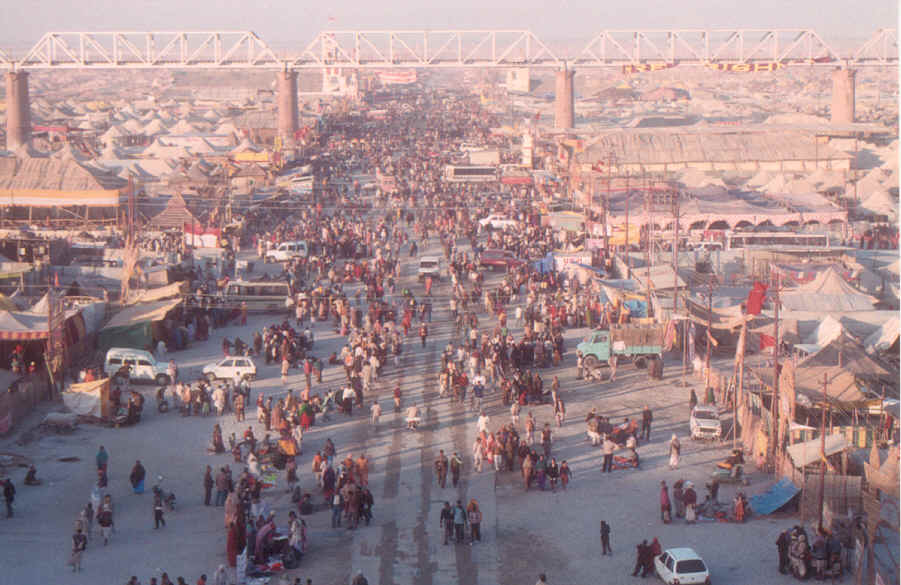 In this view we can see some of the many tents and temple fronts that fill the Kumbha Mela grounds. It is a wonder that they all go up from December to January, and then by April it is once again nothing but wind and sand. In the distance you can see the pontoon bridges that take people across the Ganges to the sangam area, where the Ganges meets the Yamuna River and the Sarasvati. 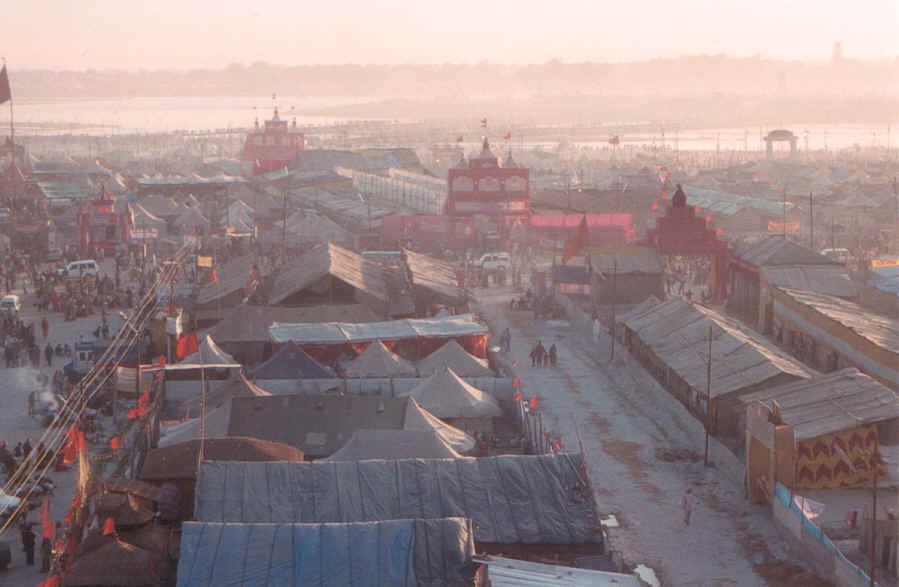 Throughout the days there is an endless stream of pilgrims coming into the Kumbha Mela area, crossing the rivers to the camps. Some will have prearranged places to stay, while others may simply camp out in the open. Many of them come with all their belongings in a simple bag they carry on their shoulders or head. These may contain not only their clothes, but also cooking utensils and food. As it get closer to the main bathing days, the crowds that come to the Mela get ever bigger. This makes it slower to get around, especially near such bottlenecks as the bridges. Sometimes it can be dangerous. But for it's size, it is remarkable that everything flowed so smoothly, with no stampedes, mishaps, or tragedies. 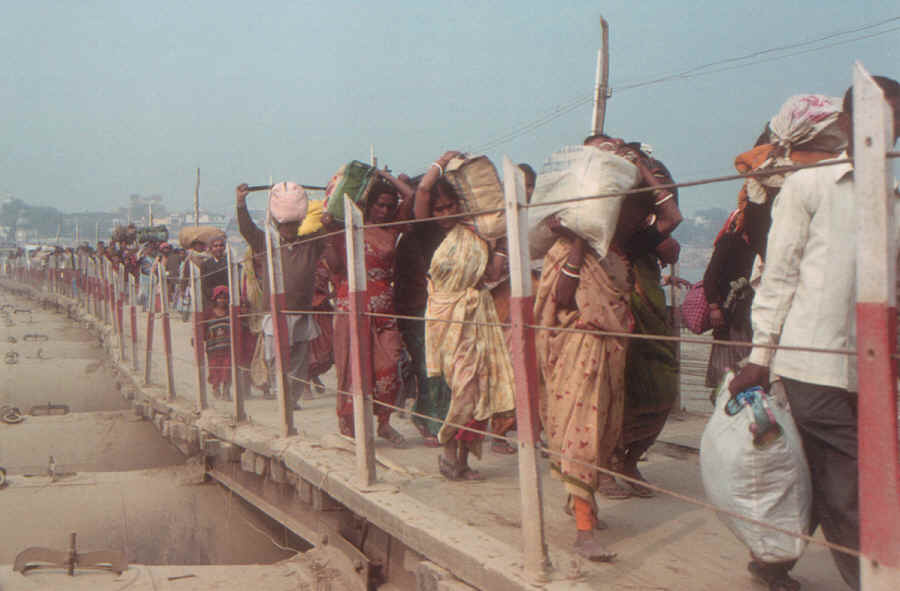 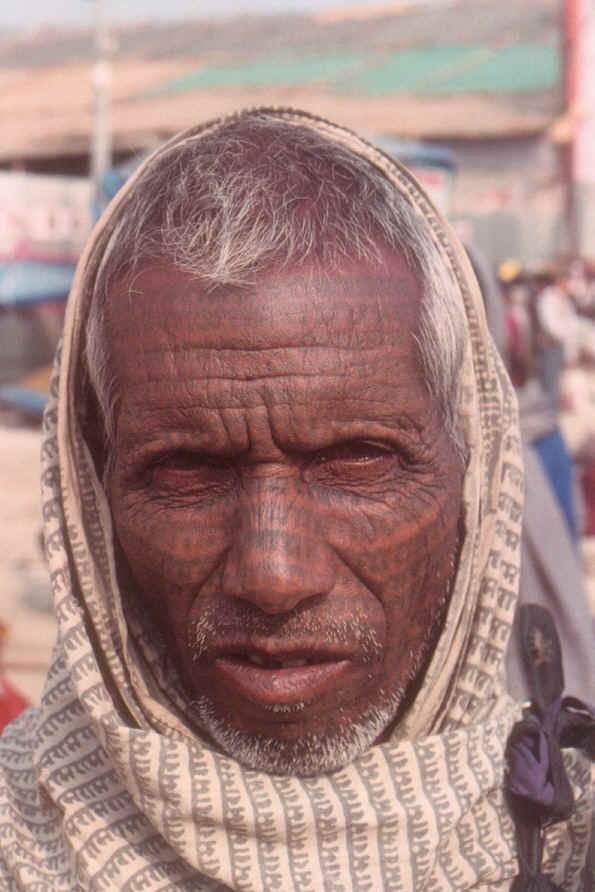 Amongst the millions of pilgrims who arrive, many hundreds of sadhus, babas, yogis and ascetics arrive, such as these Shaivite sannyasis as viewed below. 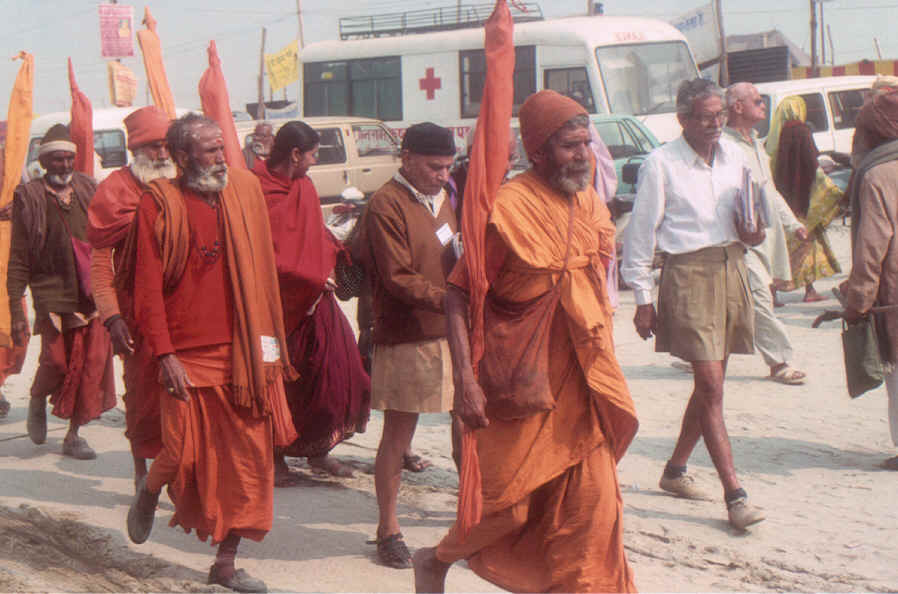 Besides the innumerable pilgrims that attend the Mela, there are also many thousands of sadhus, wandering saints. Some sadhus show their devotion by the tilak they wear on the forehead, such as this Vaishnava on the left who wears a "V" type of mark, signifying the body as a temple to Lord Vishnu. 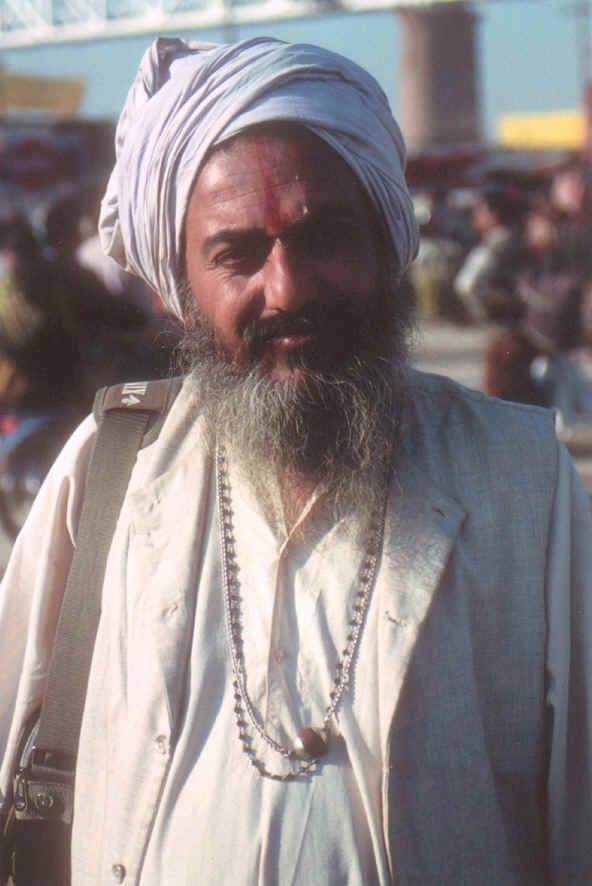 [Back to the main Kumbha Mela page]