A Few Letters of Appreciation from Institutions

These were given to Stephen Knapp from a few of the Institutions where he gave lectures.

From WAVES Conference in 2006

Certificate for Conference on "Naga Identity" in Dimapur, Nagaland, December, 2003

Certificate for Vedic Presentations at the Cultural Conference in Saltillo, Mexico, April, 2007

Plaque of Appreciation from the Hindu Temple in Omaha, Nebraska

In the photo below are a few of the awards, plaques and shawls that Stephen has received during his lecture tours in India.

He often receives so many that he cannot bring them all back to the US. 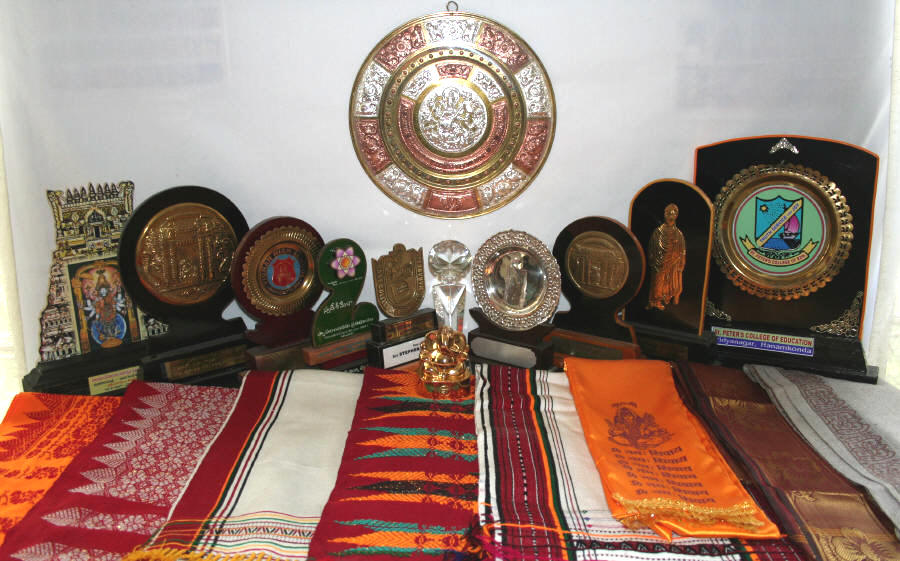 [Photos of Stephen While Lecturing]