This staircase and another symmetrical one at the other end lead down to the storey beneath the marble platform. Visitors may go to the back of the marble plinth at the eastern or western end and descend down the staircase because it is open to the sky. But at the foot the archaeology department has set up an iron door which it keeps locked. Yet one may peep inside from the iron gate in the upper part of the door. Shahjahan had sealed even these two staircases. It was the British who opened them. But from Shahjahan's time the stories below and above the marble ground floor have been barred to visitors. We are still following Mogul dictates though long free from Mogul rule. 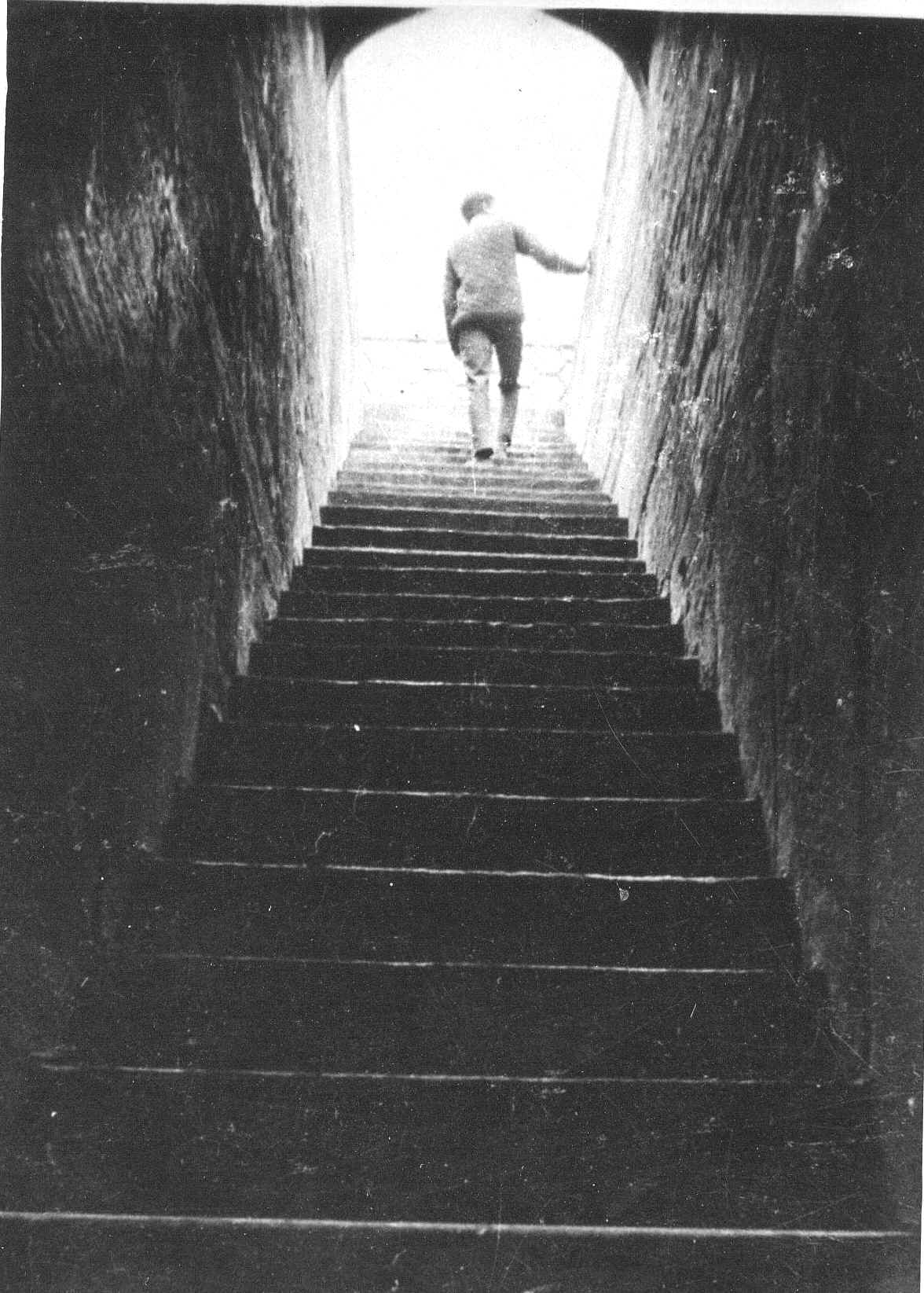