The dome of the Taj Mahal bearing a trident pinnacle made of a non-rusting eight-metal Hindu alloy. The pinnacle served as a lightning deflector too.

This pinnacle has been blindly assumed by many to be an Islamic crescent and star, or a lightning conductor installed by the British. This is a measure of the careless manner in which Indian history has been studied till now. Visually identifiable things like this pinnacle too have been misinterpreted with impunity. The flower top of the dome, below the pinnacle, is an unmistakable Hindu sign. A full scale figure of this pinnacle is inlaid in the eastern courtyard. 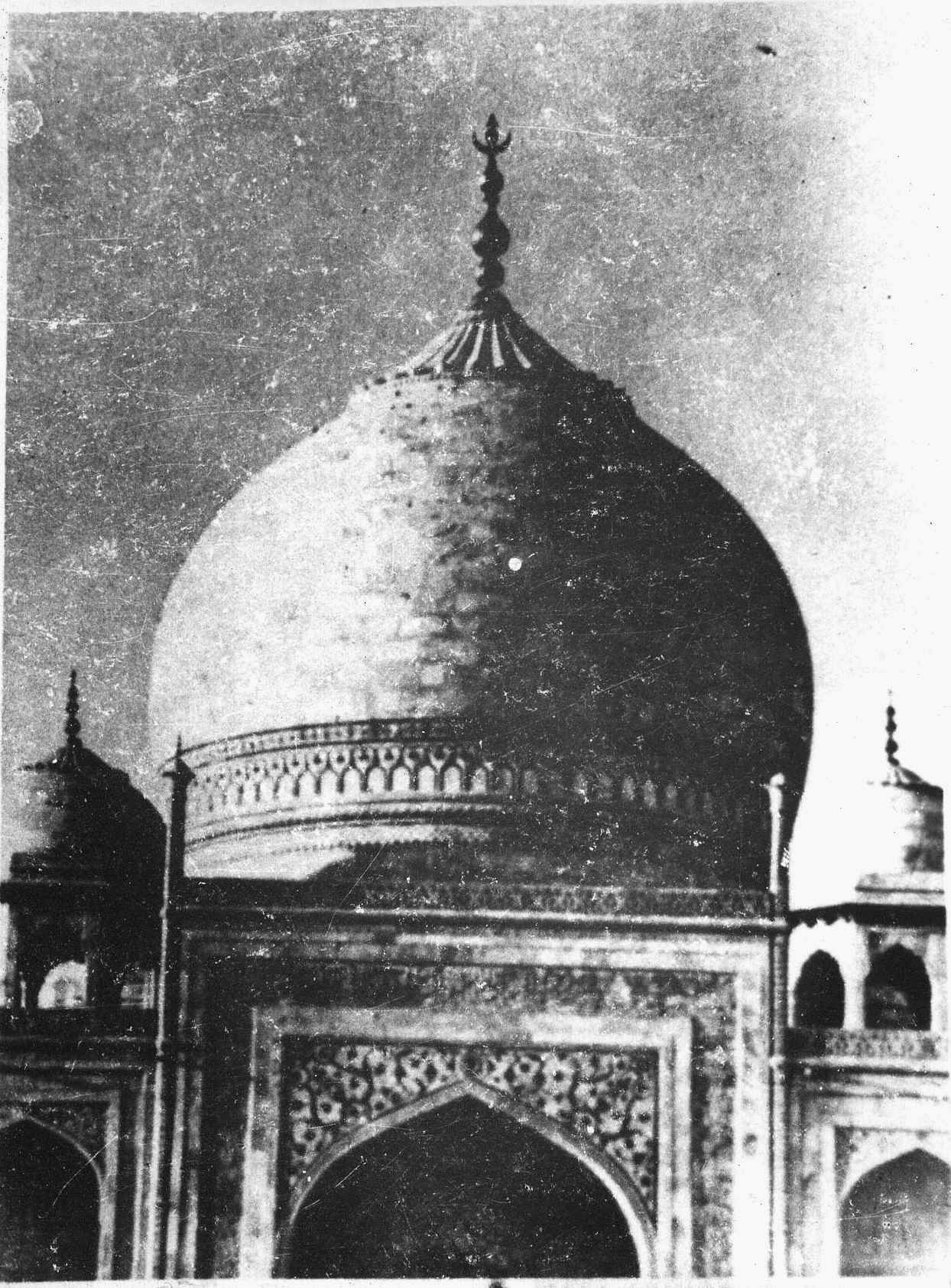