Most people content to see Mumtaz's grave inside the Taj fail to go to the rear riverside. This is the riverside view. From here one may notice that the four-storied marble structure on top has below it two more stories in red stone. Note the window aperture in the arch at the left. That indicates that there are rooms inside. Inside the row of arches in the upper part of the wall are 22 rooms. In addition to the four stories in marble, this one shows red stone arches in the 5th storey. The 6th storey lies in the plinth in the lower portion of the photo. In another photo a doorway would be seen in the left corner of the plinth, indicating the presence of apartments inside, from where one could emerge on the river for a bath. 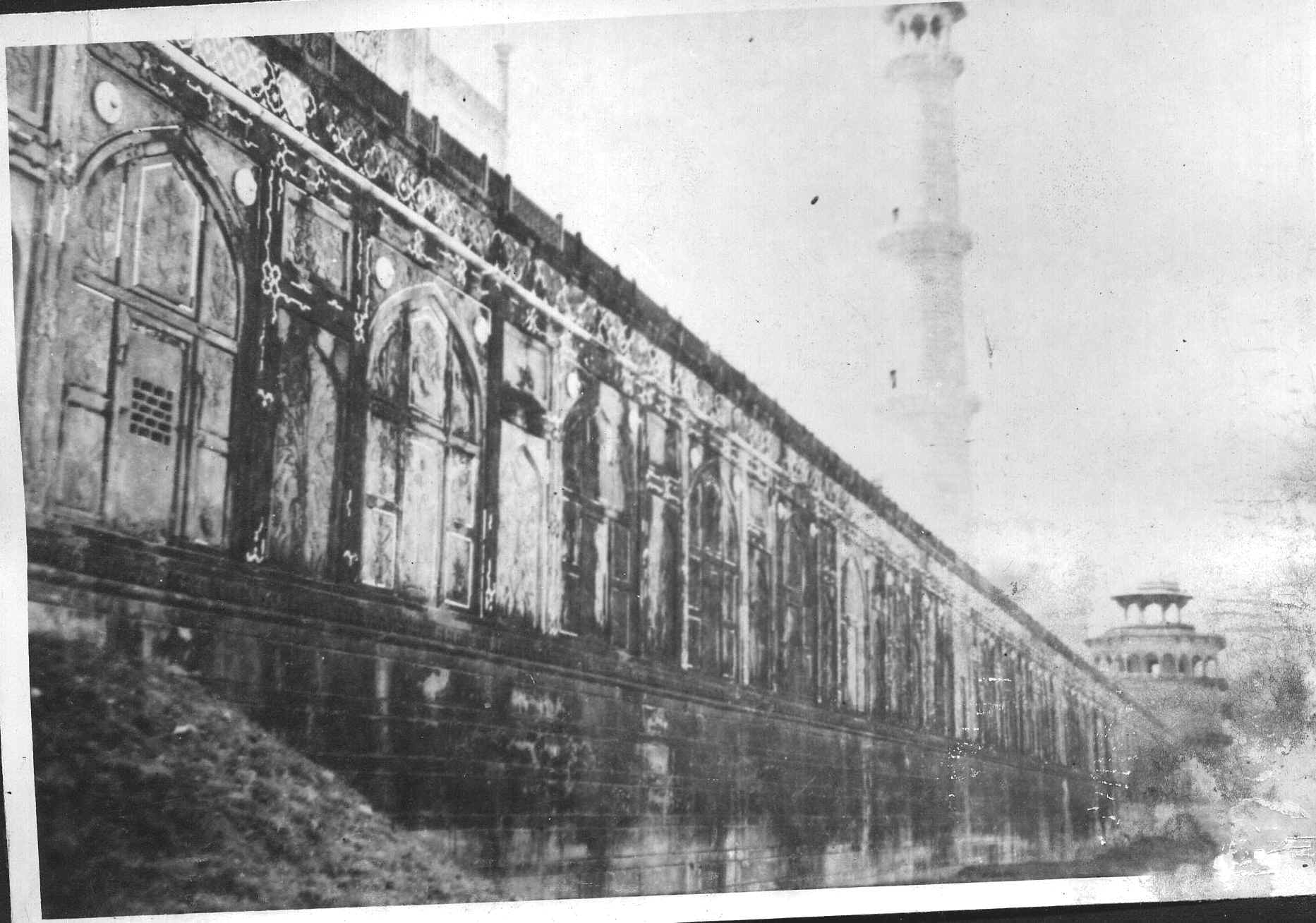