[Below is] An aerial view of the Taj Mahal alias Tejo Mahalaya, ancient Hindu temple complex in Agra. For the last 300 years the world has been fooled to believe that this stupendous edifice was built by the 5th generation Mogul emperor Shahjahan to commemorate one of his dead wives--Mumtaz. The two flanking buildings although identical, only the one in the rear is known as a mosque.

The Taj Mahal has seven stories. Five of them lie sealed and barred concealing rich evidence. The marble building in the centre is flanked by two symmetrical ones. The one in the foreground is the eastern one. The one in the background is being represented as a mosque because it is to the west. They should not have been identical if only one was to be a mosque. In the courtyard at the foot of the eastern building is inlaid a full scale replica of the trident pinnacle [found at the top of the dome]. The tiny tower at the left near the western building, encloses a huge octagonal multi-storied well. 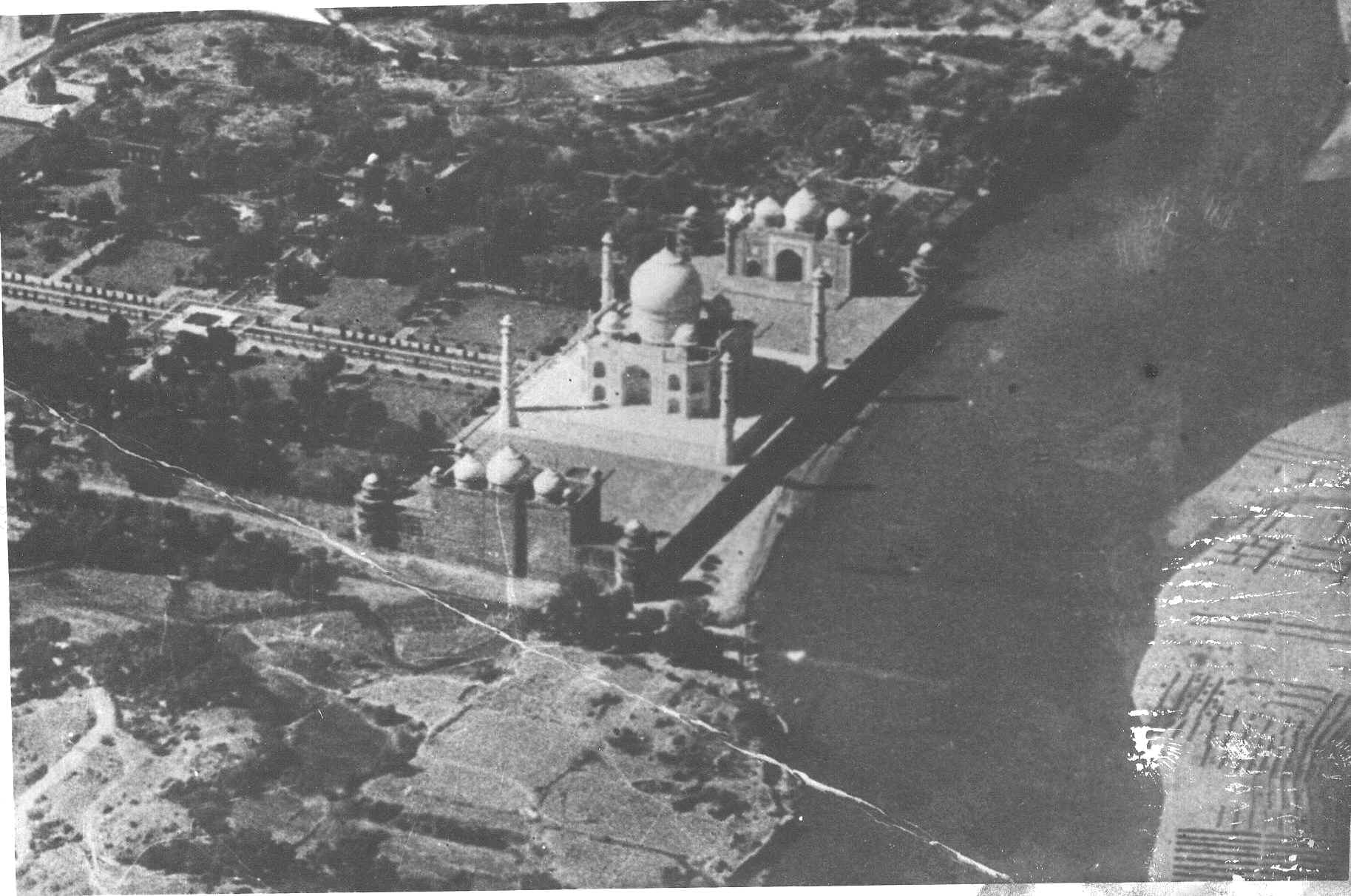