The apex of the lofty entrance arch on all four sides of the Taj Mahal bears this red lotus and white trident--indicating that the building originated as a Hindu temple. The Koranic lettering forming the middle strip was grafted after Shahjahan seized the building from Jaipur state's Hindu ruler. 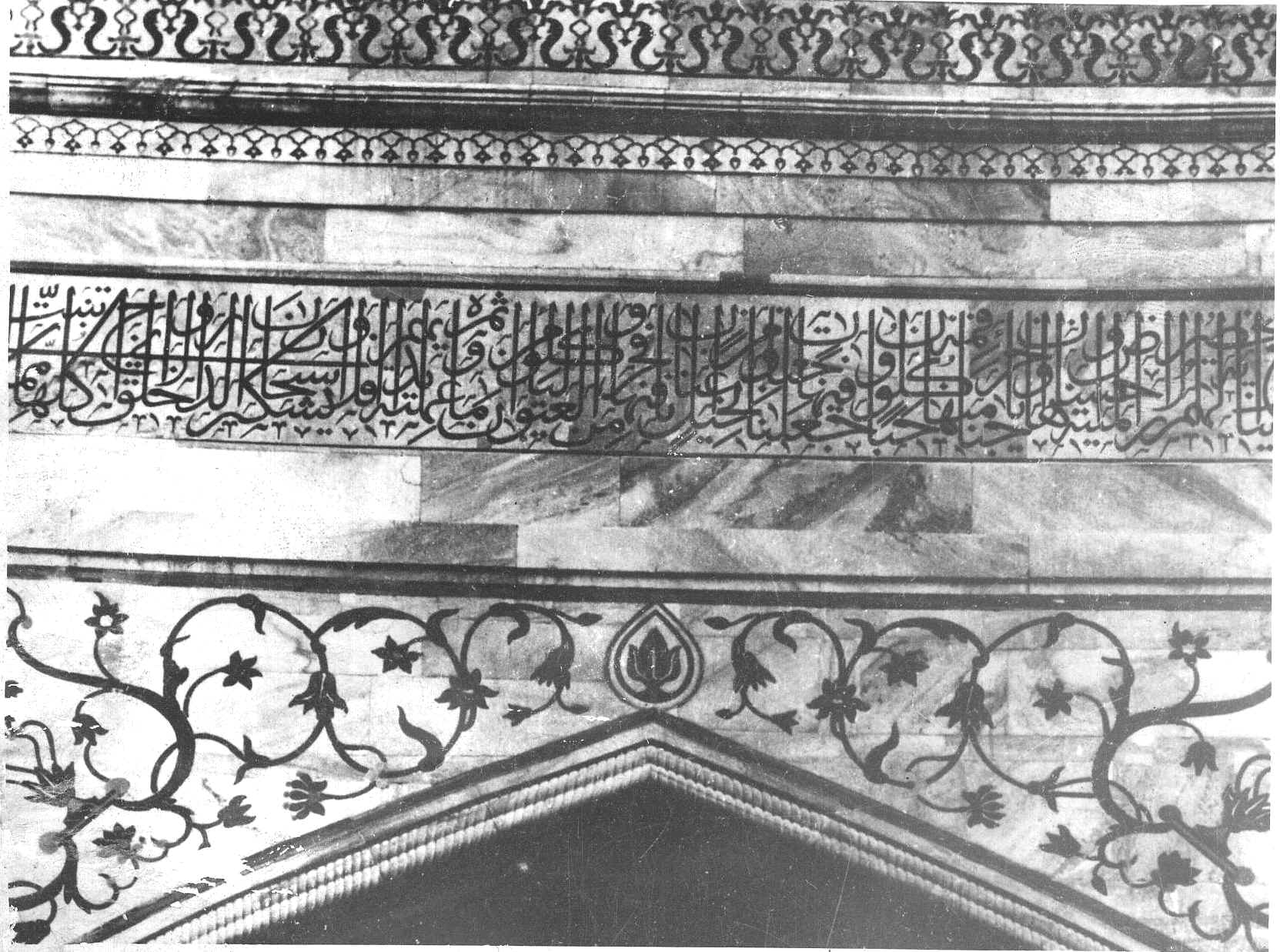