Such are the magnificent marble-paved, shining, cool, white bright rooms of the Taj Mahal temple palace's marble ground floor. Even the lower third portion of the walls is covered with magnificent marble mosaic. The doorway at the left looks suspiciously closed with a stone slab. One can perambulate through these rooms around the central octagonal sanctorum, now occupied by Mumtaz's fake grave. The aperture, seen through of the central door, enabled perambulating devotees to keep their eyes fixed on the Shiva Linga in the central chamber. Hindu Shiva Lingas are consecrated in two chambers, one above the other. Therefore, Shahjahan had to raise two graves in the name of Mumtaz--one in the marble basement and the other on the ground floor to desecrate and hide both the Shiva emblems from public view. [The famous Shiva temple in Ujjain also has an underground chamber for one of its Shiva-lingams.] 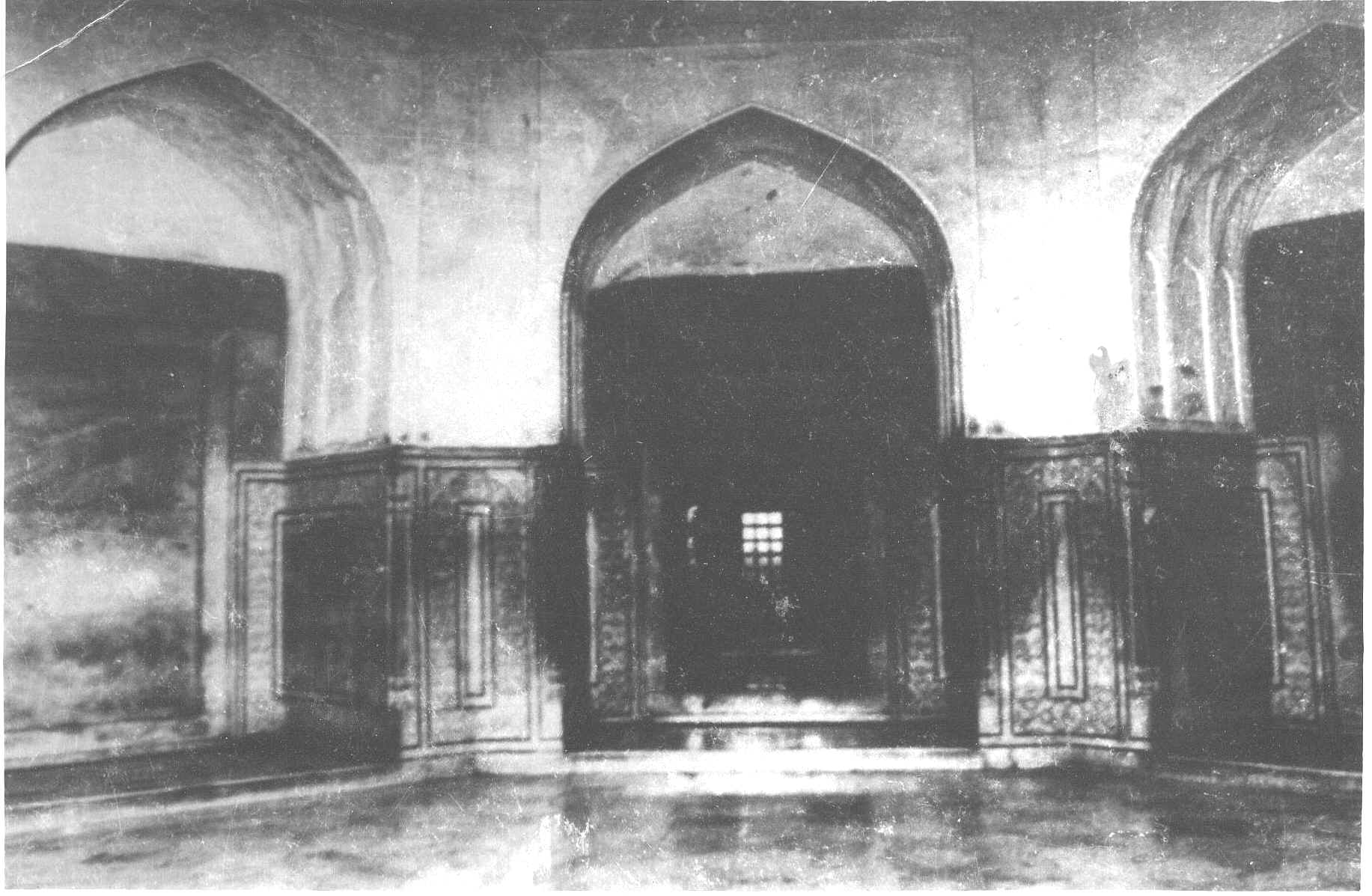