Such are the rooms on the 1st floor of the marble structure of the Taj Mahal. The two staircases leading to this upper floor are kept locked and barred since Shahjahan's time. The floor and the marble walls of such upper floor rooms can be seen in the picture to have been stripped of its marble panels. Shahjahan used that uprooted marble from the upper floor for constructing graves and engraving the Koran because he did not know wherefrom to procure marble matching the splendour of the rest of the Taj Mahal. He was also so stingy as not to want to spend much even on converting a robbed Hindu temple into an Islamic mausoleum. 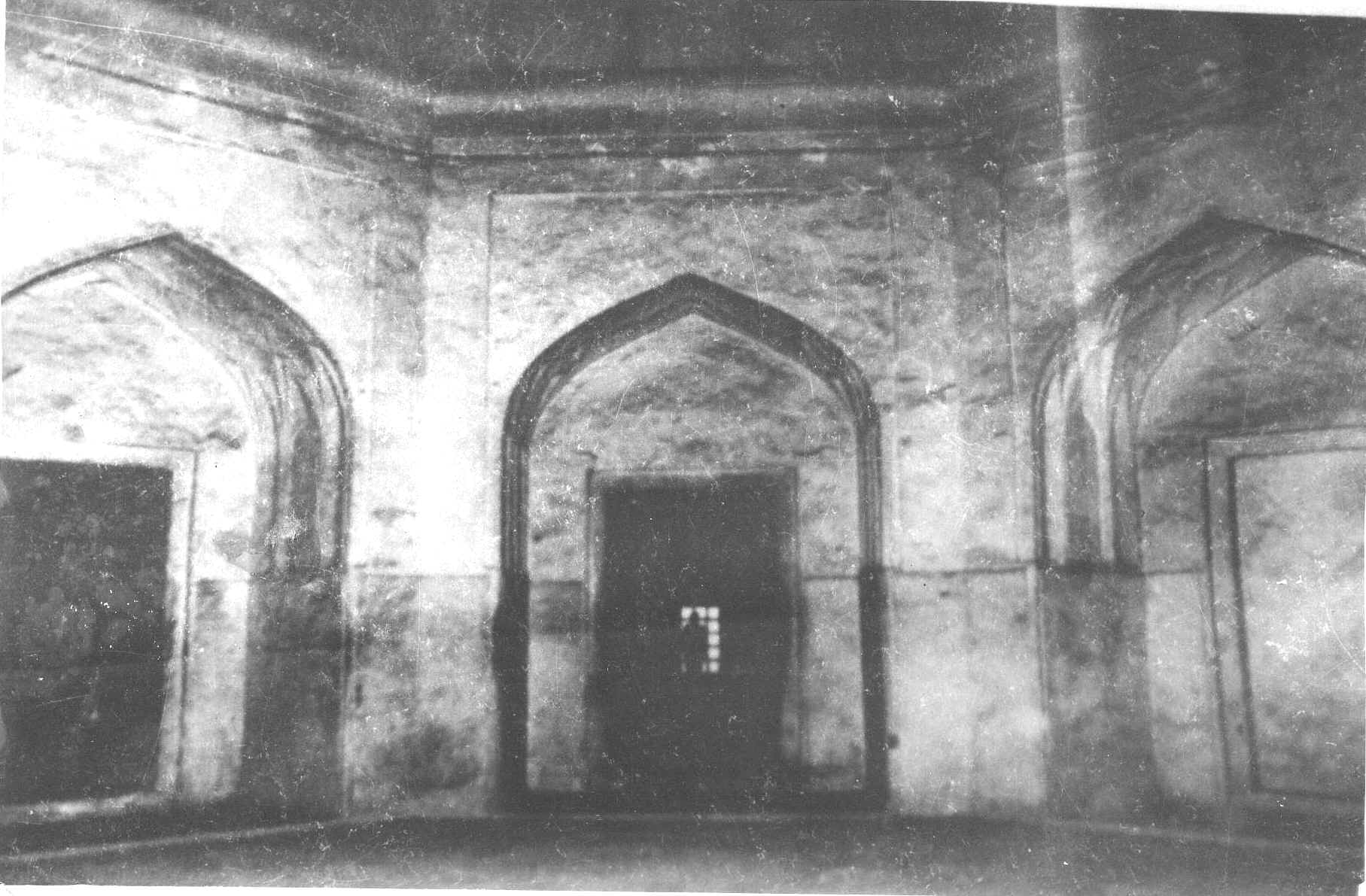