Mumtaz is supposed to be buried in this garden pavilion of the ancient Hindu palace (Ahu Mahal) 600 miles from Agra, in Burhanpur. Another version says that Mumtaz's corpse was kept here exposed to sun, rain, and wild beasts for six months. The date of her death, the date of her removal from Burhanpur to Agra, and the date of her assumed burial in the Taj Mahal are all unknown because the entire Taj Mahal-Mumtaz legend is a concoction from the beginning to end. [Mumtaz was only one of several hundred wives and women that Shahjahan kept in his harem.] 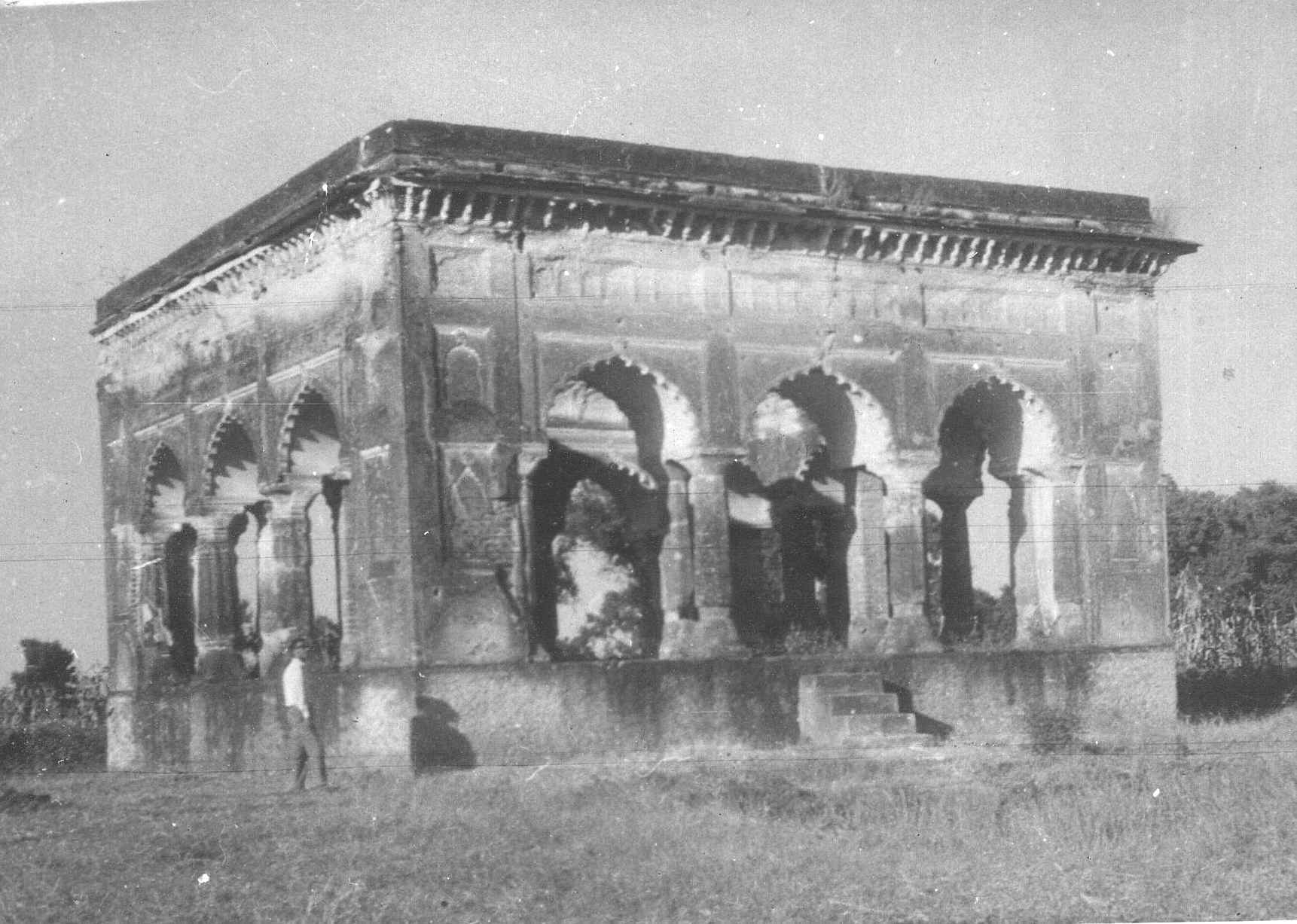